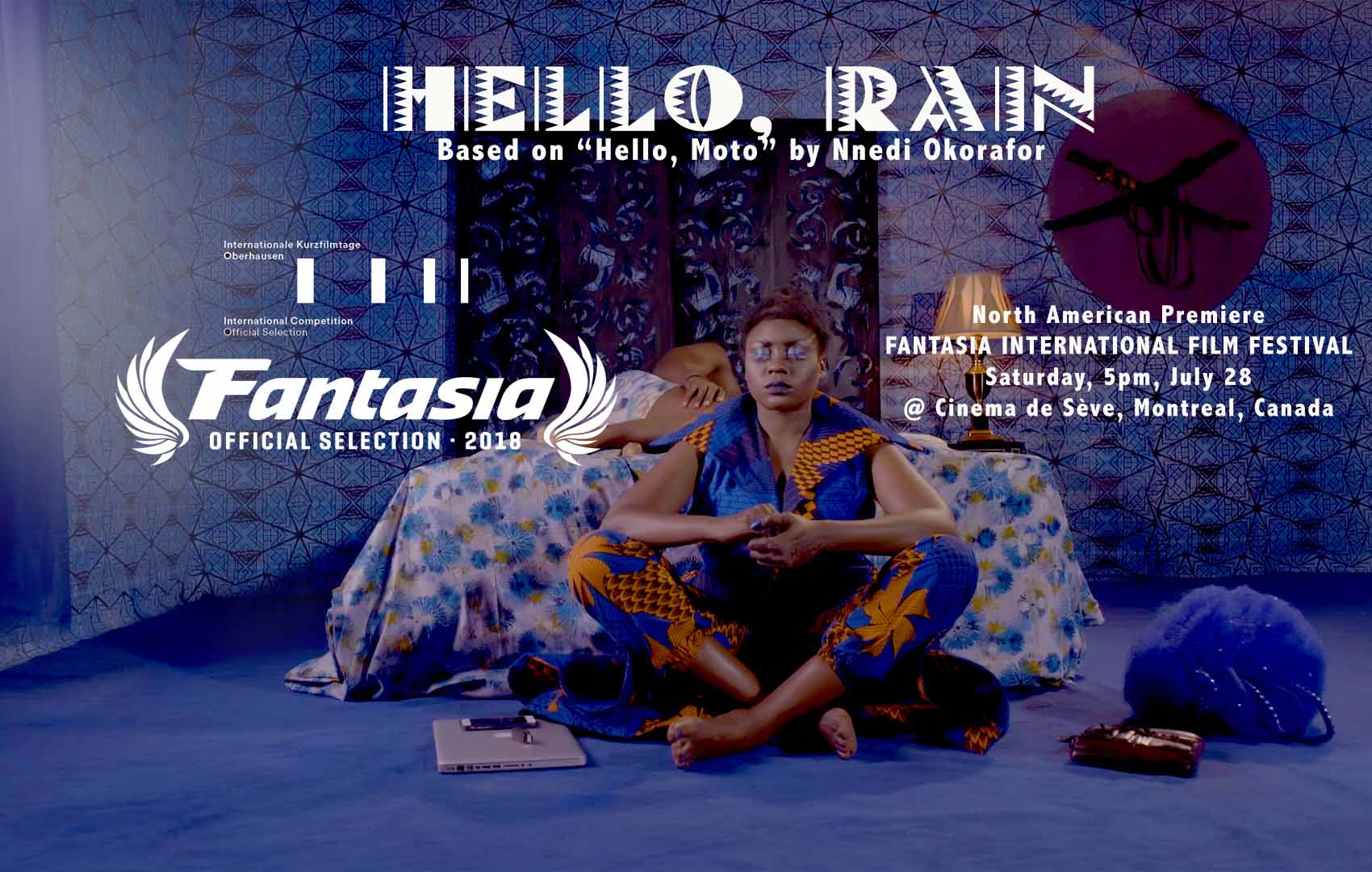 Last month, Hello, Rain had a gorgeous World premiere at the International Short Film Festival Oberhausen, Germany… And now July is shaping up to be a full month, with a UK screening at the Southbank Center – Europe’s largest art center on July 20 at the Africa Utopia Festival, followed by the North American premiere at the gloriously awesome Fantasia International Film Festival Montreal on Saturday, July 28, 2018 at the Cinema de Seve in Montreal. In addition to these, Hello, Rain will also be playing in the International Competition program of Tabor Film Festival/International Short Film Festival in Croatia taking place from 5 – 8 July 2018. Now in it’s 16th edition, TFF is held at the 15th Century Old castle Veliki Tabor in Desnić, Croatia. 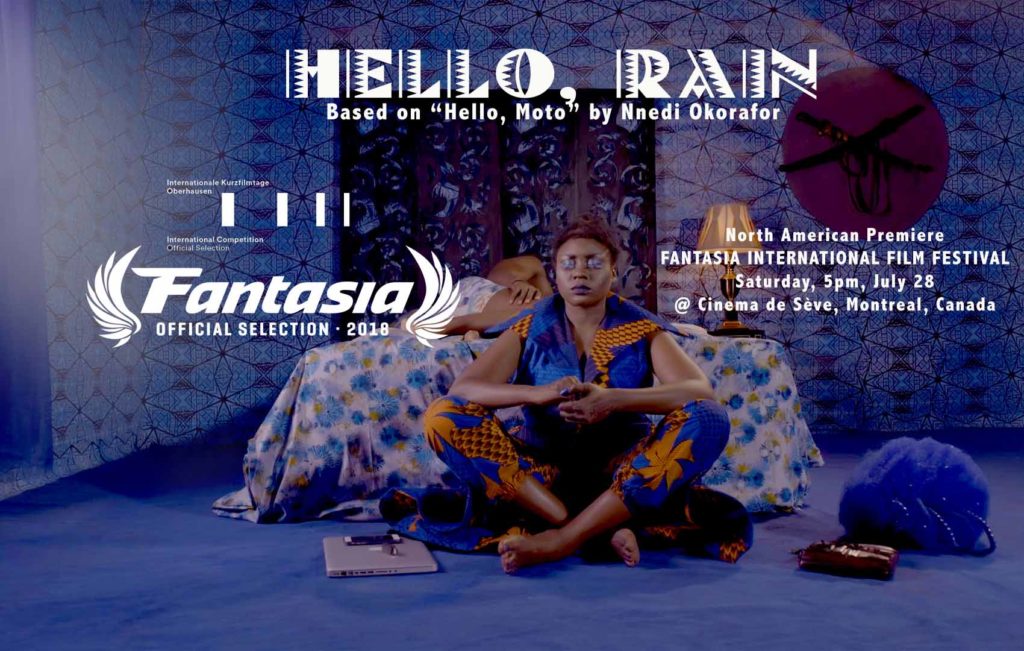 We are very proud and grateful to each and everyone who has support the Fiery Film brand, as we pursue our mission to keep telling alternative Afrikan stories! Look out for Hello, Rain in a city near you!