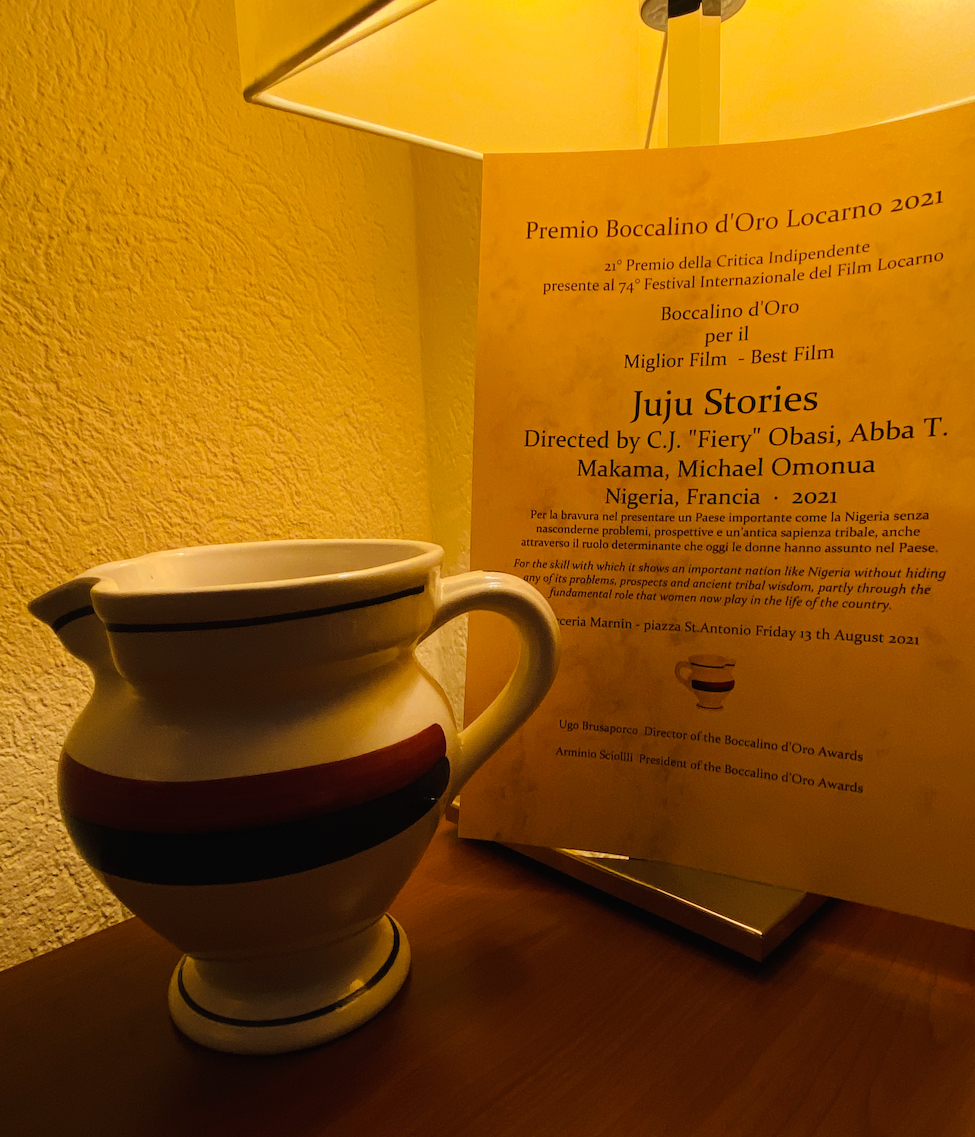 After a successful world premiere at the 74th Locarno Film Festival, the anthology film Juju Stories, written and directed by the trio of filmmakers, C.J. Obasi, Abba Makama and Michael Omonua, known as the Surreal16 Collective won the Boccalino D’oro Award for Best Film, awarded by the Swiss Independent Critics. The collective statement reads thus; “We are grateful to Ugo Brusaporco, Arminio Sciolli of the Boccalino d’oro Awards. We are super grateful to the entire cast and crew, to the Festival Director, Giona Nazzaro, the selection committee and the great team of Locarno Film Festival.”

Produced by Oge Obasi, for 20 Pounds Production, in partnership with ifind Pictures, the anthology film is expected to hit more film festivals around the world, followed by a theatrical run around Africa, and in some regions around the world.